On 02.11.2016, 59 young people from 20 different countries founded the Plant-for-the-Planet Initiative e.V. in Leitershofen near Augsburg.

The aim of the association is to mobilize children around the world to ensure the planting of 1,000 billion trees for climate justice. The history of the initiative began in 2007, since then over 14 billion trees have been planted. Today, the children who were with us from the beginning are now grown up – and can finally set up their own, democratically organized association, which will be based in Uffing train station, near Staffelsee in Germany.

The first official meeting of the club members will be strong action in Marrakech: 8 of the young people will travel to the UN climate summit in the next two weeks. The main goal of Plant-for-the-Planet is to plant 1000 billion trees worldwide, which store the greenhouse gas CO2. In addition, children and young people are calling for a global energy revolution: energy should be completely CO2-neutral and obtained from renewable sources – without nuclear waste and fossil fuels. Plant-for-the-Planet is also committed to climate justice – an equitable distribution of the amount of CO2 that every global citizen can still while still limiting the maximum increase in the average temperature to 2 degrees Celsius.

“For the children of this earth this is a historic moment,” said Felix Finkbeiner, co-founder of the association. The history of the initiative started with him in 2007. The 9-year-old gave a lecture at his school on the climate crisis and the use of trees as a CO2 storage facility. Classmates and adults were enthusiastic about it, but he was not legally allowed to register a club with his friends since they were minors. For this reason, Felix’s Parents, both born in Augsburg, established the Plant-for-the-Planet Foundation in 2011. The Foundation has been promoting the empowerment of children and adolescents in Plant-for-the-Planet Academies since then and will continue to do so in the future. The trained Climate Justice Ambassadors are fighting for their future by giving speeches to the public, planting trees and by formally engaging themselves in the legal form of the association.

Clara Slawik, 18 years old, has already held many speeches. She is thrilled by the founding of the association: “Now we are starting a movement from Augsburg by which we children and youth can really change something. Only actions matter to us, not words”
22-year-old Paulina Sanchez from Cancun explained further: “At the climate conference, we want to make it clear to the adults that they will ruin our future if they do not act. 1,000 billion trees, that’s 150 trees per citizen of this earth. Together we can do it!”

Trees absorb CO2 during their growth and bind it in the wood. If the tree is felled later and processed into furniture, for example, this CO2 remains bound to the life of the piece of furniture. It is in this way that the tree stores the CO2 and removes some of the greenhouse gases that cause the climate crisis. 20 million people are fleeing the effects of the climatic crisis, from drought to natural disaster to wars.

Three years ago, the Finkbeiner family acquired Uffing train station for the children’s and youth initiative and redeveloped it to be the first positive energy railway station in Germany. Wood fibre was used for the insulation of the 140-year-old station, warm water is obtained via solar thermal energy and geothermal energy, the electricity is generated via 71 Photovoltaic modules and is stored in a 14 KWh battery with the surplus provided to visitors for free via two charging stations for e-cars and e-bikes. 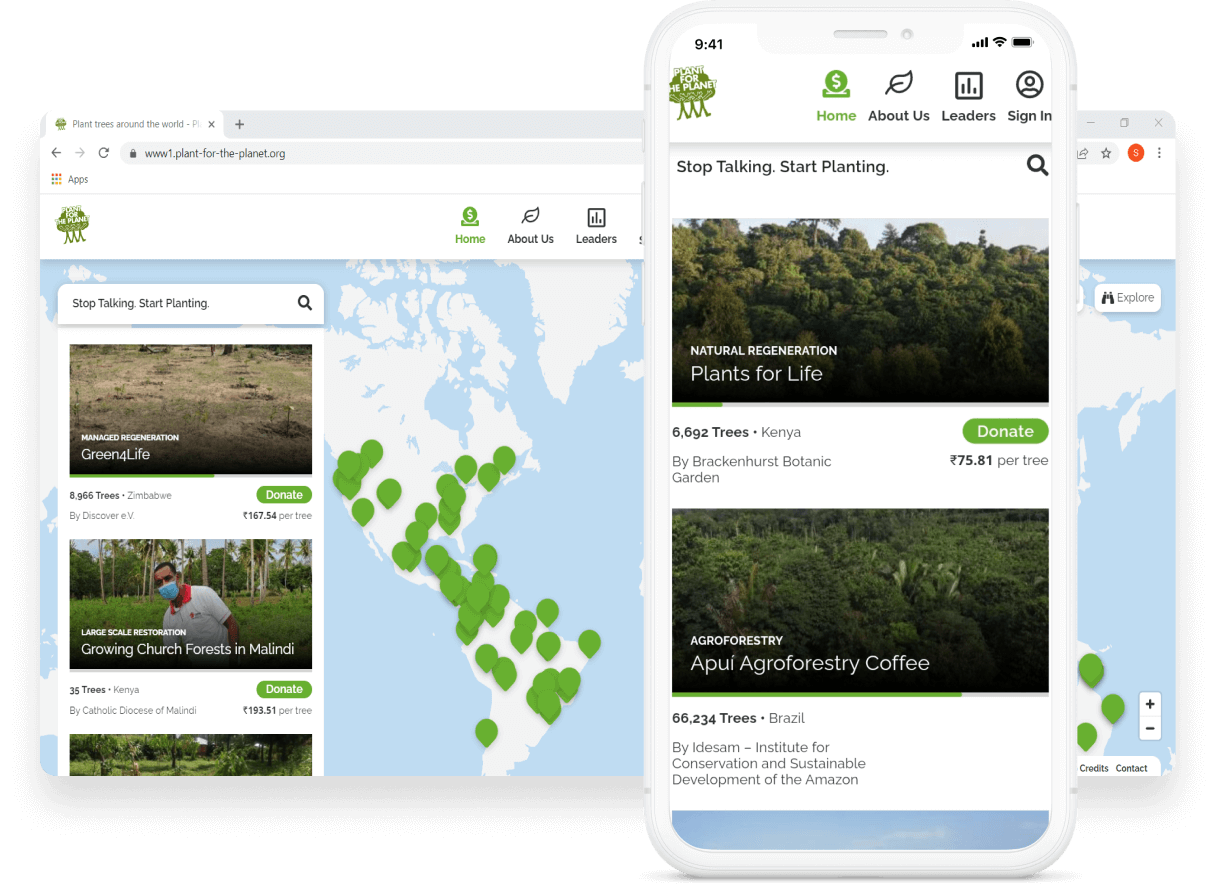 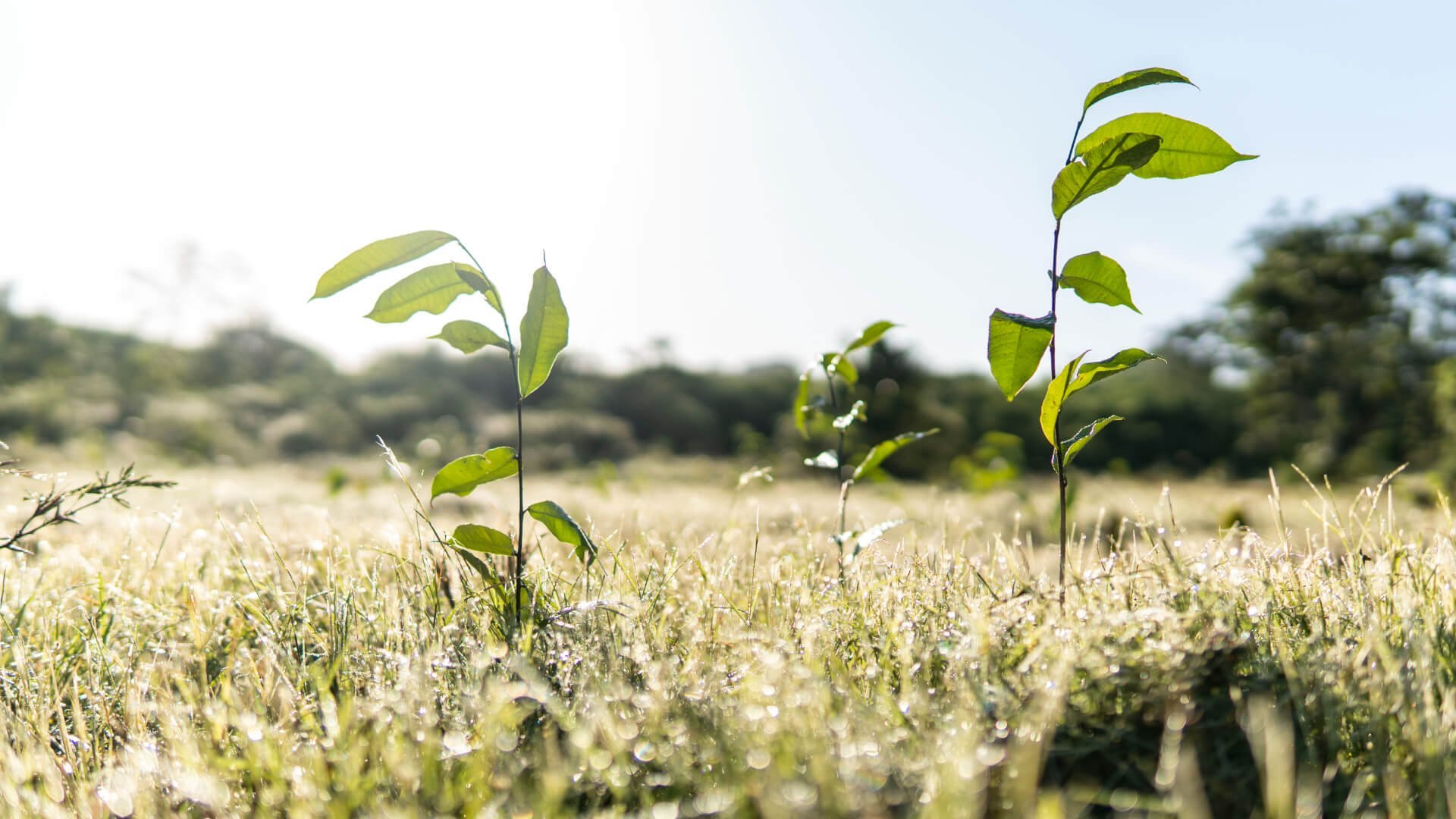 Restoring and protecting the mayan rainforest

Bringing back the lost forest around Granada and Doñana

A partnership to support smaller-holder farmers 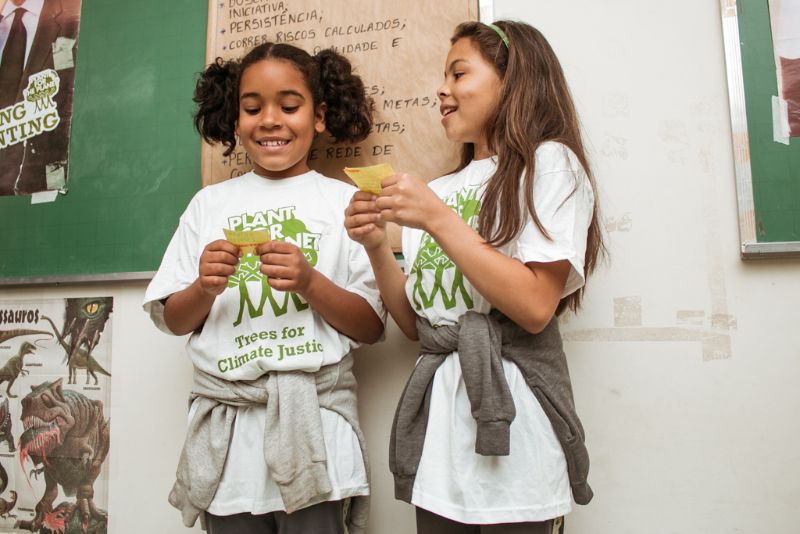 Join a generation-spanning movement for a climate-just future with your company, your employees, and your customers

Reduce and compensate emissions and invite young speakers to talk about the climate crisis.
Platform & Tools